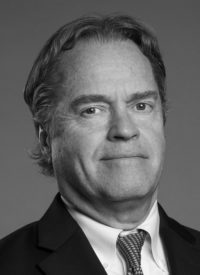 Brede C. Klefos serves as Managing Director of Wealth Management at Sanders Morris Harris.  Mr. Klefos helps to advise, structure and manage portfolios for high-net-worth executives and entrepreneurs to help investors achieve their long term investment objectives. He has 39 years of experience navigating financial markets and is an authority on current markets and investments. Mr. Klefos previously served as Senior Vice President at Wunderlich Securities after the brokerage division was purchased from Sanders Morris Harris.  Prior thereto Mr. Klefos served as Manager of the Financial Advisory Division at Sanders Morris Harris, helping to build the firm from 1995-2002 and Senior Vice President from 2003-2012.  Mr. Klefos started his career with E.F. Hutton & Co., one of the nation’s leading securities firms,  as an account executive in 1979, eventually managing numerous offices in Houston for the predecessor firms Shearson Lehman Hutton and Smith Barney.  Mr. Klefos was a founding Board member for the US Fund for UNICEF Southwest Region from 1985-1999, then served as Chairmen from 1999-2007, and currently holds the title of Chairmen Emeritus. He is a recipient of the Presidents Volunteer Service Award.  He is the co-founder of Jeff and Brede’s Triathlon, the longest running triathlon in Houston (25 years).   Mr. Klefos is an avid Triathlete, golfer and snow skier and a licensed amphibious aircraft pilot. Mr. Klefos holds a BS in business administration from the Whittemore School of Business and Economics at the University of New Hampshire and an MBA from Houston Baptist University.