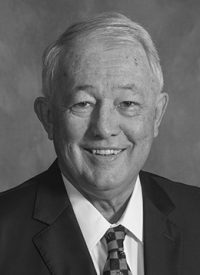 Donald V. Weir serves as Vice President of Private Equity at Sanders Morris Harris and has been with the group for the last eleven years. He has been a Director of CBIZ since September 2003, when he was appointed as an independent director. Prior to this, Mr. Weir was CFO and director of publicly-held Deeptech International and two of its subsidiaries, Tatham Offshore and Leviathan Gas Pipeline Company, both of which were publicly-held companies. Prior to his employment with Deeptech, Mr. Weir worked for eight years with Sugar Bowl Gas Corporation, as Controller and Treasurer and later in a consulting capacity. Mr. Weir was associated with Price Waterhouse, an international accounting firm, from 1966 to 1979.