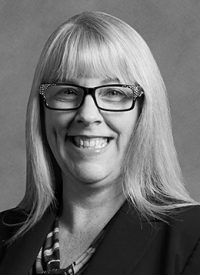 Nancy Dixon serves as Vice President at Sanders Morris Harris and joined in October 2016 as Chief Operations Officer. She has been in the securities business since 1994 and supervises, administers and manages Sanders Morris Harris’ day-to-day trading activities and settlement processes across the firm’s domestic and international desks. Ms. Dixon most recently served as Vice President and Operations Manager at JP Morgan Securities. She began her career as sales assistant to a top advisor at Morgan Stanley before joining Bear Stearns (which was acquired by JP Morgan in 2008). Recognized for her exceptional client service and problem-solving ability, she was quickly promoted to Operations Manager, where she worked closely with the Surveillance team. Ms. Dixon holds Series 7, 9, 10, 23, 63 and 65 securities licenses.

Back to IG Home Page >